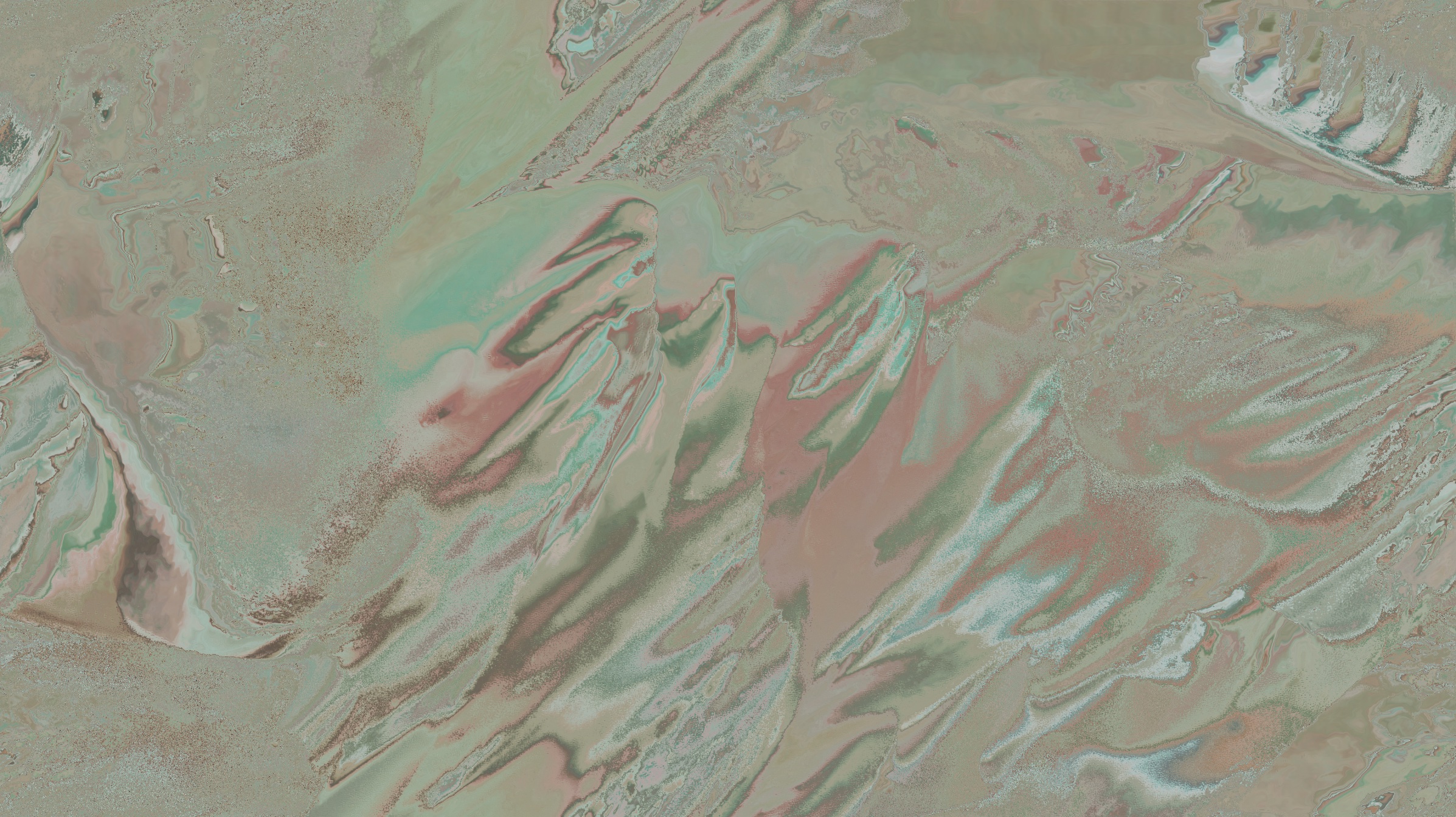 In 1876, J. W. Gibbs penned an essay entitled 'On the Equilibrium of Heterogenous Substances', unwittingly founding a new field of enquiry in the form of thermodynamics. In this epochal work, Gibbs outlined the laws governing the stability of matter, introducing a notion which, by the end of the nineteenth century, was widely referred to as 'metastability'. These physical states are temporarily stable but far from the global minima which represents thermodynamic equilibrium: The state of least free energy which Gibbs suggests substances should in principle adopt.

In this live software work, techniques of chromatic dispersion and advection are applied to video stills sampled from a green screen performance of 'I'm a Slave 4 You' (Britney Spears). The movements of the performer shock the equilibrium of a chromatic fluid, glimpsing many metastable configurations which eventually succumb to dispersion. The overarching theme of diaspora links the decontextualized subject of the green screen with the reference to indentured labour, bound by the deployment of dispersion as a technique of abstraction.


This piece is only available on desktop