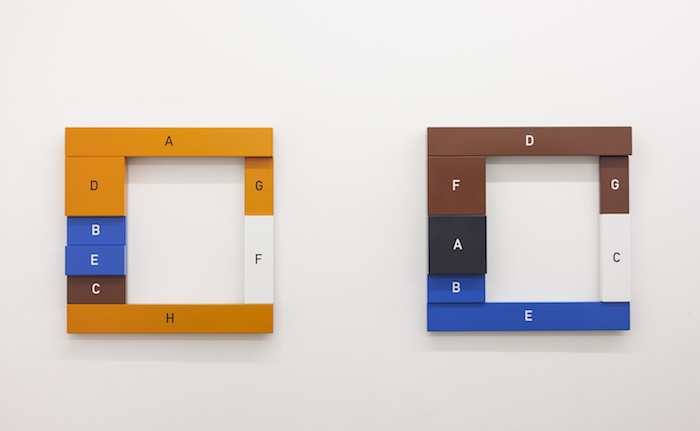 “For each work of art that becomes physical there are many variations that do not.”

What of the lowly parameter? Endlessly mistaken for number, deemed too trivial, passive, inert or otherwise incidental to merit proper scrutiny. And yet all around us entities are simulated, modelled, rendered, ranked, quantized, financialized – subject to an ever expanding array of parametric operations. From voice compression to parametric architecture, cascading style sheets to CGI, high frequency trading to climate modeling, the parameter reveals itself as a key mediator, an unsung hero of relation, warden of that “radical commencement” (Laruelle) we call creativity - for what is the creative act if not singular, and what is a mathematical singularity (nothing) without a parameter.

Seen as the agent of a means of production – of the informational commodity – the parameter forms a new regime of representation. If the digital “divides one into two” (Galloway), the parameter is a collateral of this cleaving – constituted in relation, summoned by the condition of the multiple. The parameter is not simply number, but an actor engaged in a structuring. Not simply a bystander, a paralytic measure, but the paramour of relation. The parameter is number cast as active agent and brought into relation. Its “deep relationality” (Parisi: 103) evokes the notion of an operationally closed system (Luhmann) bounding relations in the form of functions.

These functions define an environment we might refer to as the virtual. For Deleuze, the virtual forms part of reality; it is real but not actual. Unlike the purely negative category of the possible, the virtual is productive, it makes ontological claims – less a virtual reality than a real virtuality (De Landa: 33). The virtual not simply as a passive domain of simulation, a mere model, but a complementary field of potentials continuously circumscribing the actual. The virtual as a site for the dynamic structuring of state spaces – the tracing of orbits, limit cycles, singularities – that define relations.

As Levy Bryant notes, this conception of the virtual presupposes a form of structuring – the constraining of relations to trajectories – albeit a structuring so radically fluid as to absorb chaos within its schema. The ontological status of the virtual is evoked by the collapse wave function interpretation of quantum mechanics. If reality is a continual collapse of superposed multiplicities (waves) into actual singularities (matter), the virtual is the domain multiplicities inhabit as real potential, the medium of becoming.Matter itself can be speculated as the process of collapse rendered as entanglement – a “mattering” (Barad) – implying relation as the basis for the formation of substance. In this ontology, relation, founded on the numeric concept of the multiple, proposes the parameter as an agent constitutive of matter.

Parameters within the virtual act in a similar capacity to Whitehead’s eternal objects (Whitehead: 13). These are “potentials for the process of becoming” (29), contributing to the “definiteness” (23) of an actual entity. They imply “alternatives, contingencies, situations that could have been otherwise” in an entity (Shaviro). Whitehead’s recourse to metaphysics can be avoided by folding the notion of eternal objects as potentials into the virtual, in the guise of the parameter. In this gesture we shed the transcendental guarantor of God, but we must be wary of simply replacing it with Number.

Production in the regime of the parameter involves the instantiation of a relation within a state space. Instantiation is the process of making actual a potential within a field of multiplicities. Computational interactions continually produce instances, individual points on trajectories within parameter surfaces. Computation, as a means of constructing topologies, provides an environment for speculations in state space - a medium conferring plasticity on parameters. Parametric systems “contain a tension between their laconic definitions, within a symbolic language, and their instantiation. The one is finite while the other is potentially endless.” (Borevitz)

The means of production enabled by the universal Turing machine does not simply conjure the image of the Borgesian library. It summons infinity interactively at the very site of production, creating a problematic for the digital artist – creation becomes an unresolvable act of discrimination and negation without finitude. Within parametric production, a shadow is cast over each concrete instance by “the bundle of possibilities, mutually consistent or alternative, provided by the multiplicity of eternal objects” (Whitehead: 102). These potentials “abduct the actual relations of data” and “expose parametric aesthetics to… infinite quantities” (Parisi: 103).

This burden, this excess of the virtual, a surplus of becoming over substance, weighs heavily on parametric objects. For art after finitude, the combined effect of these potentials induces the parametric sublime (Borevitz) as affect – one integral to the conditions of production as such. The parametric sublime develops from access to vast parameter surfaces facilitated by digital computation. As a specific case of the mathematical sublime (Kant), it is induced by the inability of a finite mind to prehend a magnitude. High dimensional state spaces create a vertigo of instantiation in an expansive field. Whereas earlier forms of the sublime operate in the geographic domain of landscape, or else the spiritual realm of the divine, the parametric sublime presents a boundlessness within the intensive domain of the virtual. It evades optics.

The sublime expresses a fearful response to boundlessness – terror gives way to awe only when prompted by the recognition that an authority, originally in the form of Nature, “has no dominion over us” (Kant). The parametric sublime invokes an authority we could call Number. The tyranny of number is the conflation of quanta with being. If the digital denotes the reduction of substance to discrete enumeration, a quantized world, then Number occupies a central ontological position in this regime.

Within software, instances acquire an aura of equivalence – instantly interchangeable points on a parameter surface, locked in a process of exchange and interaction, a continual becoming mediated by computation. Number is the trusted authority that enables this equivalence. For Frege, equivalence is the property that allows number to emerge from thought – number consists in “marking equinumeracy” (Badiou: 16). Prior to set theory, thought presupposes number via the concept of equinumeracy. Cardinality is the construct that allows equivalence to instead follow Number, grounded by a summoning of the empty set, ∅ (Halmos: 42).

In the wake of Cantor, we can only assume the sum of potentials for any given parametric relation, underpinned by Number, to be transfinite, and as such uncountable and incomputable. The limits of computability are above all material. The materialism grounding the infinite potential of the computer was originally “an unlimited memory capacity obtained in the form of an infinite tape” (Turing), today posited in the form of unlimited silicon memory.

Babbage sought to circumvent this limitation of the difference engine by a “substitution of the infinity of time for the infinity of space” in order “to limit the size of the engine and yet to retain its unlimited power”. Replacing infinite matter with the eternal is a manoeuvre intended to reinstate a transcendental status to the machine, of rendering it an eternal object, leading directly to a conceptual bind – the undecidability of the halting problem (Turing).

The materialist basis of computation instead draws us towards an “energetics” (Mackay) of virtuality, the recognition that to hold entropy at bay demands a source of energy. It is to recognize that information systems, biological or inorganic, are black boxes of negative entropy (Wark), Maxwell’s Demons busy acting in defiance of the wider universe, but only at a cost – their exhaust coming in the form of an entropic pollution of the environment.

This is the basis of the illusory nature of the sublime in the parametric domain of production – the incomputable transfinite offers no more than a mirage of sublimity. Number retains a transcendental authority over the limited field of the computable. To express the parametric condition is to resist the authoritarian impulse of the sublime, to not yield to Number, but instead endow the parameter with a form of its own, raising the question of practice within a parametric regime of representation – a plastic art of the parameter.

While instances follow trajectories constrained by parametric relations, the summation of trajectories compose a phase portrait. A phase portrait presents the paths, bounds and limits that describe a given system. It exposes basins of attraction, bifurcations, catastrophes, criticalities, singularities – all the topological features immanent to a set of relations. The phase portrait depicts the parametric as always actively engaged in this circumscription of the actual. It articulates the condition of continual becoming instigated by the parameter in computation.